Each league runs 8 – 10 weeks. The first week of League consists of playing for placement. There are 6 levels of placement: A-1, A-2, A-3, B-1, B-2, C and Juniors. Division A-1 is considered the highest ranking, C the lowest. Juniors are 8-14years of age. The next 7 weeks are actual play in a round-robin format. The last week is designated for make ups and the League Awards Party. 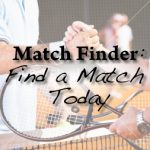 Leagues are $15 for members. The fee for non members is $50.00.  Contact Renee Sitter to sign up.
League nights: Mondays & Wednesdays – Adults

Play begins at 5 PM; times for matches varies.  Call in for a starting time for the 1st night
Youth League  for ages 7 to 15  is offered Fall (Sept thru Nov) and Winter (Jan thru March) on Saturday afternoons.  It is offered as part of All Sports Camp during the Summer.

HAVE A FRIEND THAT
SHOULD BE A MEMBER?

Included on our 20 acres by the river are:

Excellent childcare is available to members and their guests